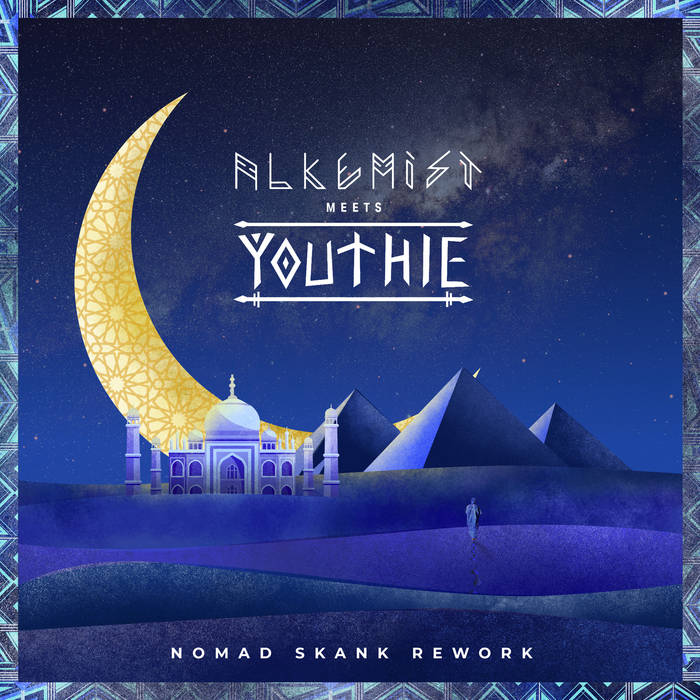 Marten Langbraten my favourite release for weeks to come, love it, also bought the nomad skank release, but that have to wait until this one is worn-out

Culture Dub Records presents the new label's release with two artists from the new generation. The first one is the famous Youthie, a trumpeter who has increased the number of releases over the past three years. The second ones are the Dubbers of Alkemist who have stood out for their many live sessions from their living room where they offer mix varying between home made productions and remixes. Thus, it is together that they revisit the album "Nomad Skank" by Youhie & Macca Dread released in 2019 and present us "Nomad Skank Rework", 6 unique remixes available on digitale download or on a 12inch mastered by Big KnoB aka Brice Marin and distributed by Control Tower Records, available from May 21, 2021, let's go!

After an EP with Zulu Vibes Records and several very remarkable vinyl releases, Youthie made us discover her unique universe in 2019 with “Nomad Skank”, an album co-produced with Macca Dread and mixed by Zulu Vibes. It was mixing rich and tasty world music with varied influences, and an efficient and melodic Reggae Dub.

Two years later and some shared live sessions, the trumpeter teamed up with Alkemist. This duo founded in 2018 by Karl and Glenn released the same year "Golden Frequencies", a Dub album tinged with many influences. Alkemist loves the live mix on console, giving place to instrumentalists, as we could see in the many videos posted throughout 2020 on their social networks.

Alkemist and Youthie decided together to give a new lease of life to some of the most beautiful productions of “Nomad Skank”. ‘Caravana’ was the first example published on Facebook a few weeks ago, with Clara as a guest at the violin, already featured on the album.

On “Nomad Skank Rework”, the overpowering melodies find a new dimension, more aerial and electronic, always in an eclectic and dancing spirit. On the A-side, you will find the catchy ‘Oriental Skank’, the magical ‘Pagoda’, and the singing ‘Double Rainbow’. On the B-side, you will discover 'Jungle Groove' and its bewitching intro, followed by 'Nomad Spirit' where the Balkan themes blend wonderfully with Alkemist's classical guitar, and to finish on 'Swing City' with faster rhythms, which looks like Electro Swing.

You need to discover the EP “Nomad Skank Rework” by Alkemist meets Youthie. This new 12 '' vinyl from Culture Dub Records label is in limited edition (only 500 copies), distributed by Control Tower Records and mastered by Brice Marin. It is available in digital version on all streaming platforms… Let us point out the superb Artwork of the cover made by Glenn Sauvage… To all the collectors and the amateurs of Dub Roots and Oriental, you will appreciate the musicality!