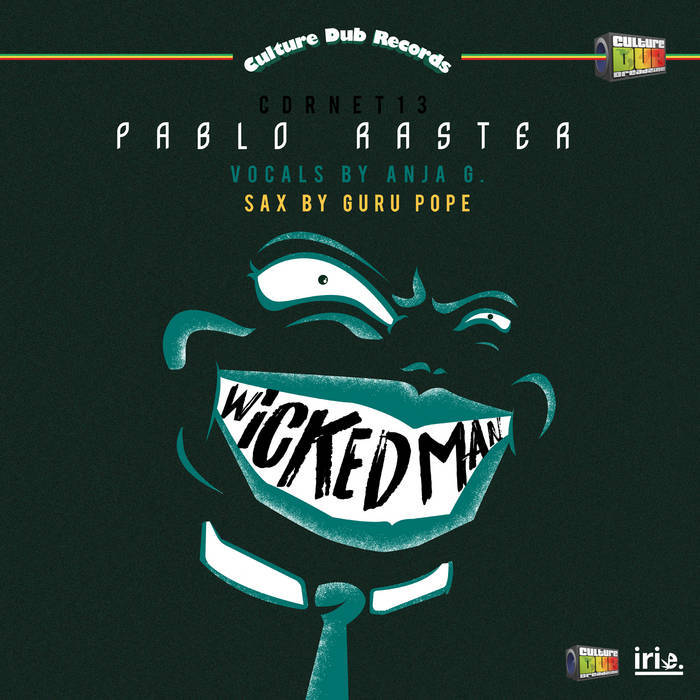 A heavyweight Dub Steppa and powerful lyrics fighting against Babylon, combined with a Balkan atmosphere, this is the receipt of Pablo Raster’s new free download release ‘Wicked Man’ on Culture Dub Records. It is in collaboration with the Croatian singer Anja G and the saxophonist Guru Pope !

Pablo Raster, originally from Spoleto, has been a producer and musician since many years on the Dub Italian scene with his band RasteR. He had been working closely with the Italian Dub legendary activist Madaski in order to construct his own musical identity… After many remixes and a long experience of the stage and Sound System, Pablo Raster released his first tune in 2015 with numerous artistic collaborations from all around the world! In 2017, he took part in the launch party of the Culture Dub Sound System meeting the crew from Poitiers and the saxophonist Guru Pope sharing the same interests for travelling, music and of course Dub music! In 2018, he produced ‘Fairytales In Dub’ album on ODG prod. For this new production for free download on Culture Dub Records, Pablo Raster invited the talented singer from Croatia Anja G and the saxophonist Guru Pope for a Wicked Dub, that you won’t forget!

Anja G is an Croatian artist who released her first single in 2017 with the producer Dr.Orbi! Then, she travelled on the Reggae and Dub roads in Croatia such as in the Outlook Festival, Seasplash Festival, but also in the Dub Lab in Slovenia, and Love & Rage in Italia! Her first EP was released in 2018 on AmpliFyah Music Records whose the two tunes ‘Bang!Bang!’ and ‘Raggamuffin’ mixed by Dr.Orbi formed the pattern of numerous Sound System sessions last summer! Her first vinyl was released in August 2018 with the Japanese producer Dub Kazman on Woodland Records. Anja G met the activist Pablo Raster and released this powerful and activist ‘Wicked Man’ on Culture Dub Records, fighting against Babylon!

Concerning Guru Pope, after travelling with his saxophone in Mexico and Poland and playing regularly with the Culture Dub Sound since 2017 for Punk Dub and Stepper sessions. He has just recorded with Blackboard Jungle and delivers here on ‘Wicked Sax’ a Balkan breath combining with the Stepper rhythmic of Pablo Raster!